Born in Estonia on September 17,1913. Osvald Timmas studied at the University of Tartu 1939-44 majoring in Economics.  He worked at the Studio School with Nikolai Kummits, 1939-42 and Gunther Reindorff, 1943-44, and studied Illustrative Arts in Stockholm, Sweden, 1947-50.  Timmas settled in Canada in 1951 and began painting professionally in 1956 in watercolour, oil and acrylics.  Timmas has done independent research on water medium and extended techniques in watercolour painting.  He has developed the use of ferric oxide, a most permanent pigment, in his aquarelle medium.

He has received many awards in Canada and the United States including:

Past President of the Colour and Form Society and the Canadian Society of Painters in Watercolour, Timmas has been active also as an instructor and lecturer. He has taught art students as well as artists.  Elected to the American Watercolour Society in 1970, Timmas is one of the few active members elected from outside of the United States.  Elected to the Royal Canadian Academy of Arts, 1972, Timmas was awarded the Queen’s Silver Jubilee Medal, 1977. Sponsored by the Lacana Mining Corporation, he painted in Mexico in 1979.  Timmas is listed in Who’s Who in American Art, the Dictionary of International Biography, Canadian Artists in Exhibition and Who’s Who in Arts and Antiques. Honorary member of EKKT in 2004, Estonian President’s White Star V class medal 2005.  Osvald passed away on October 27, 2005. 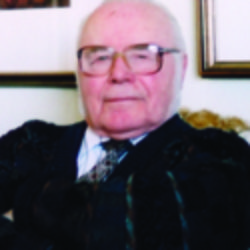