Johann Naha was born in Riga, Latvia on January 3, 1902. He studied graphic design and applied arts at the Estonian National Academy of Arts  in Tallinn and was a student of G. Reindorff. He studied further in Paris, Berlin and other European cities including the Art Academy in München, Germany. Johann emigrated from Estonia in 1944 and lived in München since 1945 working as an independent artist. Johann Naha was a founding member of the Applied Arts Society  “Dekoor” in 1928, RaKÜ in 1933 and was a member of the 1953 München Graphic Arts Society. His works have been exhibited in Estonia, Germany, Denmark and Sweden. Johann Naha died on April 16, 1982 in Munich, Bavaria, Germany. 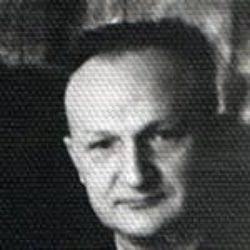