Exhibited in 1972 at the First Estonian World Festival Art Exhibition at Tartu College and in 1975 at Brock University, St. Catharines, Ontario where his work is on permanent collection. Also exhibited at the Albert Campbell District Library in Scarborough, Ontario (1975). Works are in many private collections throughout Europe, Canada and the United States. 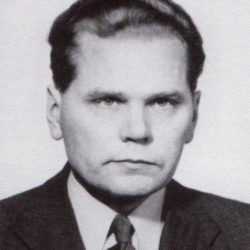