Born on November 2, 1914 in Pihkva, Estonia. Studied painting and sculpture at the Pallas Art Academy in Tartu, Estonia (1936-38 and 1941-43), and at the State School of Fine Arts in Tallinn, Estonia (1938-1941). Member of Federation of Canadian Artists. Has exhibited since 1939 in Tallinn, Stockholm, London (Ontario), Toronto, New York, Whiterock (British Columbia) and Vancouver.

Founding member of New Canadian Artists in Toronto in the early 1950’s (now known as Colour and Form). Works on permanent collection at Lund University in Sweden, Delta Municipality, Mormon Museum in Salt Lake City, Utah, the San Francisco Wax Museum, the Tokyo Wax Museum and the Estonian House in Toronto. Also has works in many private collections. Winner of many awards for painting and drawing. Died in Toronto on March 10, 2003. 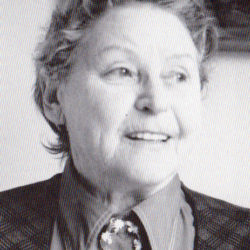