Works are in many collections, art galleries and museumsincluding State Museum of Art in Tallinn and the Tartu Art Museum in Tartu, Estonia; in Germany at the Museum der Stadt in Ulm and the Universa-Haus in Nurmberg; in Sweden at the Örebro Lans Museum, the Smalands Museum, the Statens Konstnämnd; in Canada at the Sarnia Gallery and at Erindale College, University of Toronto, in the United States at Uppsala College and at the Estonian Cultural Foundation in New York.

Author of several books and numerous published articles on Estonian Art; has had many articles written about him in many languages which have appeared in magazines, newspapers and catalogues. Died on November 25, 1983, in Örebro Sweden, but works are still shown after his death, one of the latest exhibitions being at the Tartu National Art Museum. 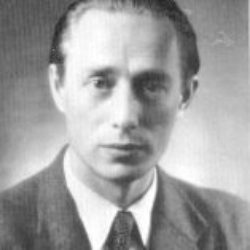